I’ve always been an ardent proponent of internal quality in software, because in my various experiences, I’ve had more than my share of crappy codebases to maintain. I believe that quality tools can increase the internal quality of the code, thus decreasing maintenance costs in the long run. However, I don’t think that such tools are the only way to achieve that - I’m also a firm believer in code reviews.

Regarding quality tools, I started with Checkstyle, then with PMD, both static analysis tools. I’ve used FindBugs, a tool that doesn’t check the source code but the bytecode itself, but only sparingly for it seemed to me it reported too many false positives.

Finally, I found SonarQube (called Sonar at the time). I didn’t immediately fall in love with it, and it took me some months to get rid of my former Checkstyle and PMD companions. As soon as I did, however, I wanted to put it in place in every project I worked on - and on others too. When it added a timeline to see the trend regarding violations and other metrics, I knew it was the quality tool to use.

Now that finally the dust has settled, I don’t see many organizations where no quality tool is used and that is good. I don’t imagine working with none: whether as a developer or team lead, whether using Sonar or simpler tools, their added value is simply too big to just ignore.

On the other hand, I’m very wary of a rising trend: it seems as if once Sonar is in place, developers and managers alike treat its reports as the word of God. I can expect it from managers, but I definitely don’t want my fellow developers to set their brain aside and delegate their responsibilities to a tool, whatever the tool. Things even become worse when metrics from those rules are used as build breakers: when the build fails because your project failed to achieve some pre-defined metrics.

Of course, there are some ways to mitigate the problem:

I’m afraid those are only ways to go around the limits. Every tool comes with a severe limitation: it cannot distinguish between contexts, and applies the same rules regardless of it. As a side note, notice this is also the case for big companies…​ The funniest part is that software engineers are in general the most active opponents against metrics-driven management - then they put SonarQube in place to assert code quality and they’re stubborn when it comes to contextualising the results.

Quality tools are a big asset toward a more maintainable code base, but stupidly applying one rule because the tool said so - or even worse, riddling your code base with // NOSONAR comments, is a serious mistake. I’m in favor of using tools, not tools ruling me. Know what I mean? 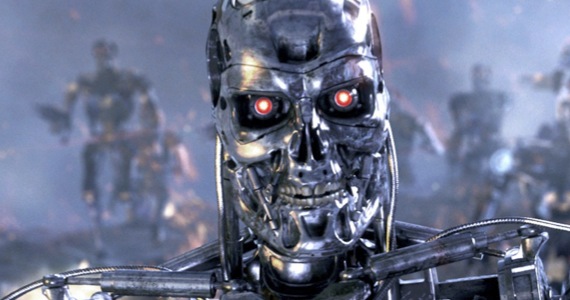 I’ve just finished my Spring 2015 European conferences tour. I’ve talked about Integration Testing, Mutation Testing and Spring Boot for Devops at Spring IO (Spain), GeeCon, DevIT and JEEConf. This is a resume of the sessions I attended and liked. Sessions I was not part of, I lost time in are or I slept in are not mentioned.

As junior Java developers, we learn very early in our career about the JDBC API. We learn it’s a very important abstraction because it allows to change the underlying database in a transparent manner. I’m afraid what appeared as a good idea is just over-engineering because: I’ve never seen such a database migration happen in more than 10 yearsMost of the time, the SQL written is not database independent Still, there' s no denying that JDBC is at the bottom of every database in